A guide to understanding how solar and electric power works

In this article you will learn how these two energies work to understand the way you are consuming and you will be able to choose which one you think is best. Planet Earth has an expiry date of 2030, we must act now. 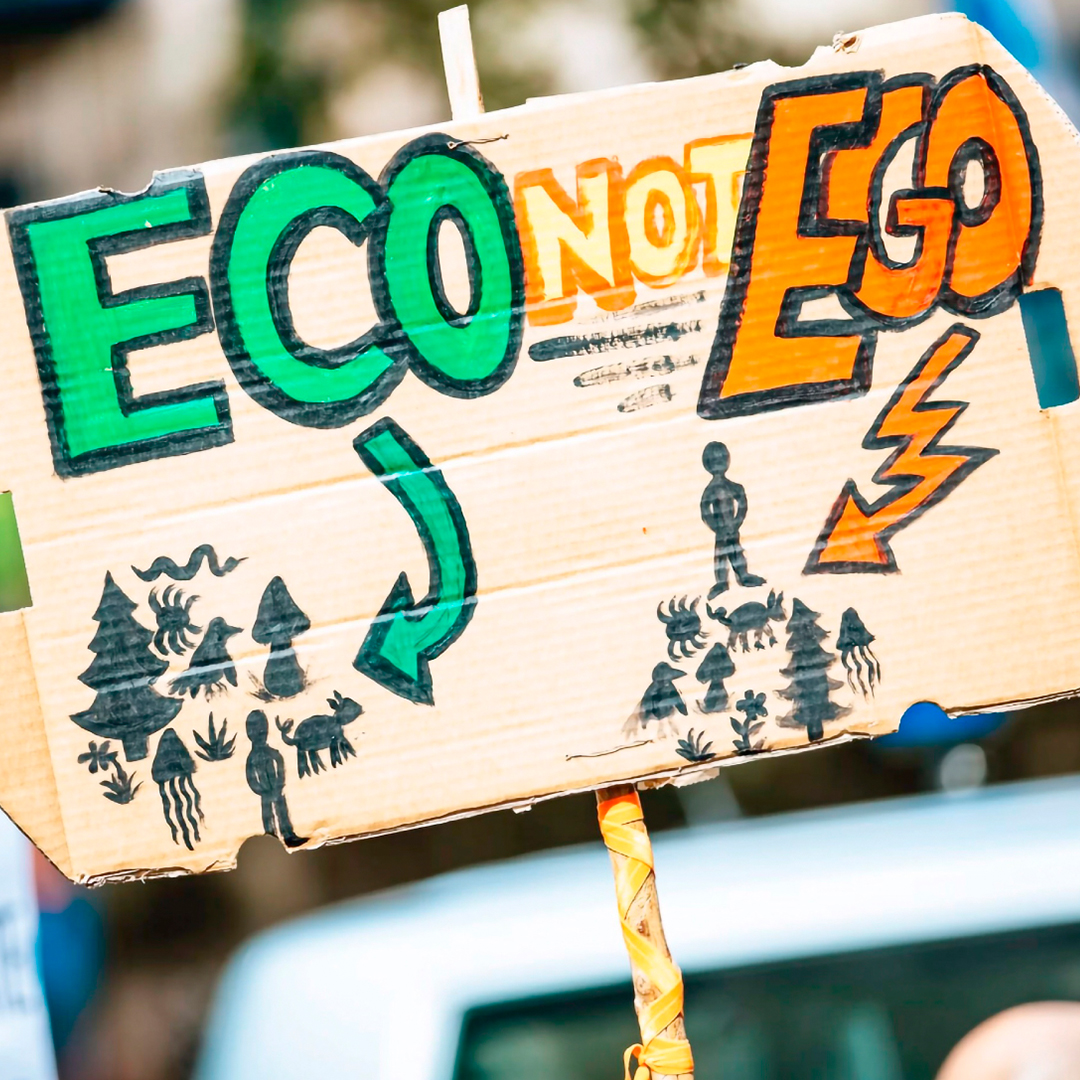 Turning on a switch in your home is an action you may not pay much attention to. You press it and turn on the lights, you turn it off and the power goes out, it seems very easy, right? But, behind that switch there are a number of situations that make the light turn on and off, are you interested in knowing what's behind it? Here we will tell you.

We will start with traditional energy, the one we have been consuming for about 140 years, since Thomas Alva Edison produced the first Incandescent Lamp with a carbonized cotton filament, in other words, a light bulb. The development of electricity in the world, undoubtedly, allowed the development because electric motors gave the autonomy that a steam engine lacked, because it turned on and off when it was necessary.

According to the BBC, "electricity meant that everything in the factory no longer had to be organised according to the logic of the drive shaft, but began to follow the logic of the production line. In the old factories, which were dense and dark, the steam engine set the pace. In the new factories, which were more expanded and brighter, it was the workers who set the pace of production".

Electric power has brought development to the world and allowed the economy to grow, but, as is often the case, we were not told the price we had to pay for it.

Sources and route of electrical energy

In order for the switch in your house to turn on or off, if you have electrical power, there are four steps it must go through before your light turns on. Generation, transmission, distribution and marketing is what exists before your finger touches the switch.

Firstly, electricity is produced in power plants capable of obtaining electrical energy from primary energies, which can be renewable (wind, solar radiation, tides...) or non-renewable (coal, natural gas, oil...). In the case of non-renewables - for example, oil - according to the Economic Commission for Latin America and the Caribbean (ECLAC), the electrical energy that comes from these sources in world consumption is equivalent to just under 200 million barrels of oil each day.

The figures indicate that the share of energy coming from non-renewable sources is 44% oil, 26% natural gas and 25% coal. After generation, the second step is transmission. According to Spain's largest energy company, Endesa, once the energy has been processed and converted into electricity, it is sent from the power plants to the substations via overhead (transmission towers) or underground. There, transformers are responsible for guaranteeing an adequate electrical voltage.

In this aspect, we also find other polluting factors such as the segmentation and fragmentation of the territory, fires and the visual impact on landscapes.

The Ecologists in Action group claims that high-voltage power lines favor the growth of herbaceous species, which, with drought, become highly pyrophilous and are the cause of an undetermined number of fires. In Spain, for example, every year more than 30,000 birds die from electrocution or collisions with high and low voltage cables.

On the other hand, according to a study carried out by the Universidad Tecnológica Metropolitana de Chile and the Universitat de Barcelona, the first form of impact caused by a high-voltage tower on the environment is the disruption of the normal visual landscape.

According to the report, only 1% of the energy towers do not generate a high environmental impact; the other towers located in the capital of Chile generate a perception of high impact when the location of the tower is in natural or agricultural environments; it is a feeling of degradation or poverty when it is located in urban environments destined for housing.

Regarding distribution, Endesa assures that, when the energy arrives at the electricity substations, it is sent to the homes in the nearest area and is subsequently marketed by the company of choice, who are the ones who buy the energy from the generation companies and sell it to you.

Now we will talk about solar energy, part of the so-called renewables, which, due to advances in technology, has positioned itself as a preferred source for countries that are geared towards change or the reduction of emissions.

If you have solar power on your home, the steps before you turn on the switch are radically different from traditional power. But, let's use the same four-step path as electric power to better compare and learn what solar power is all about. First we have the generation, solar energy comes exclusively from a renewable source: the sun. How? solar rays that are composed of photons and reach the photovoltaic cells of the plate to generate electricity field between them and, therefore, an electrical circuit. The more intense the light, the greater the flow of electricity.

Subsequently, the transmission of the photovoltaic cells converts the sunlight into electricity in the form of direct current and with a graduation that varies between 380 and 800 volts. To improve the result obtained, an inverter is used to transform this energy into alternating current, according to Endesa.

Finally, the distribution and commercialisation of solar energy in your home are steps that do not depend on any electrical substation, but on the panels that you have installed on your roof and the commercialisation does not depend on any company either, because you will be the owner of your own energy. In addition, it is important to know that the sun, unlike the earth, has about 5,000,000,000 (five billion) years left to live, according to NASA.

It is time for change and many countries, hand in hand with their leaders and citizens, are striving to make it happen. But the IPCC (Intergovernmental Panel on Climate Change) says that if we fail to stop global warming by 2030 it could trigger a catastrophe. Why, if energy comes from the sun, are we digging up the earth to get it? If you have never asked yourself this question before, we hope you will ask yourself now and that together we can help the planet. 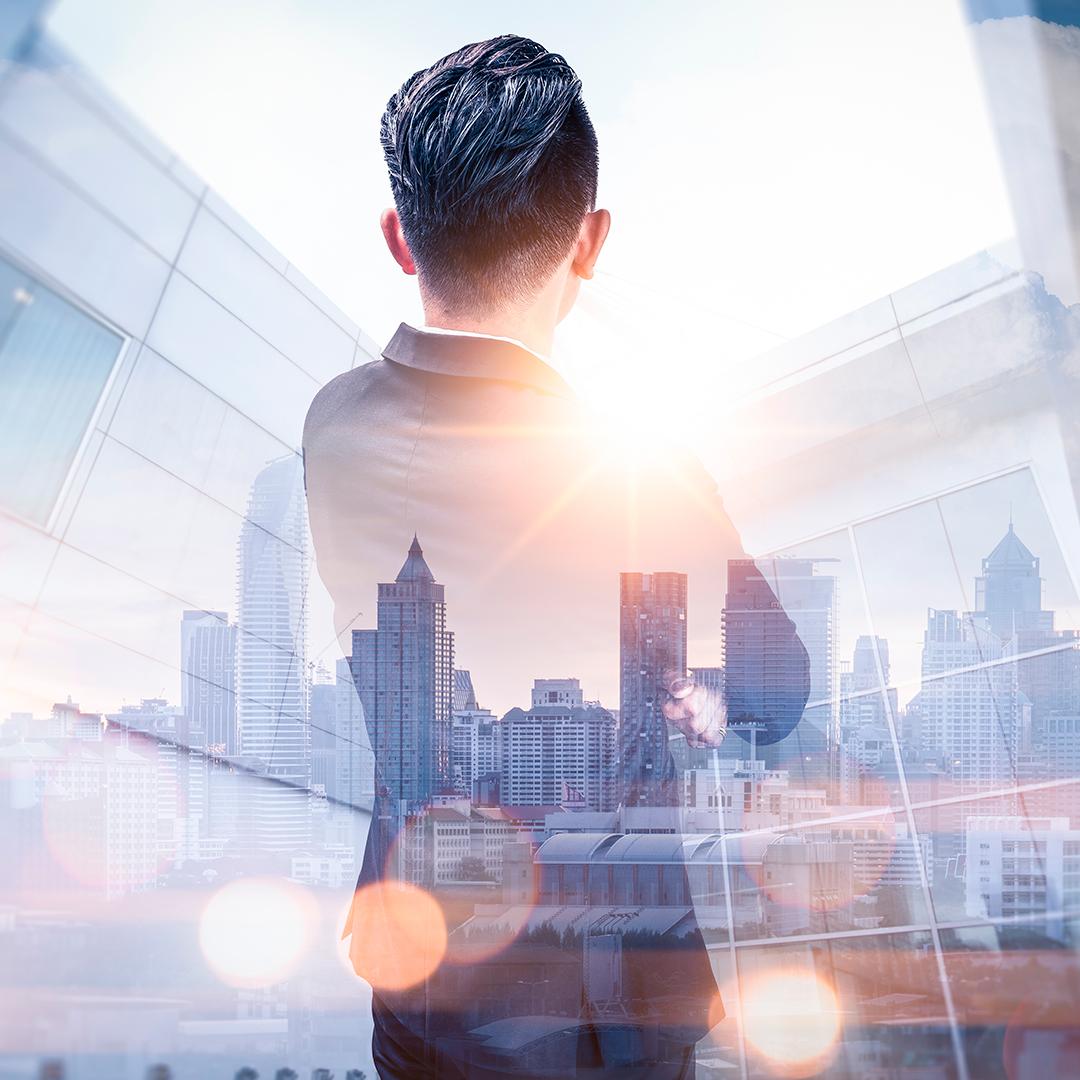 Will solar panels be the main source of energy in the future?

Your solar panels will last over time, in this blog we tell you everything you need to know. 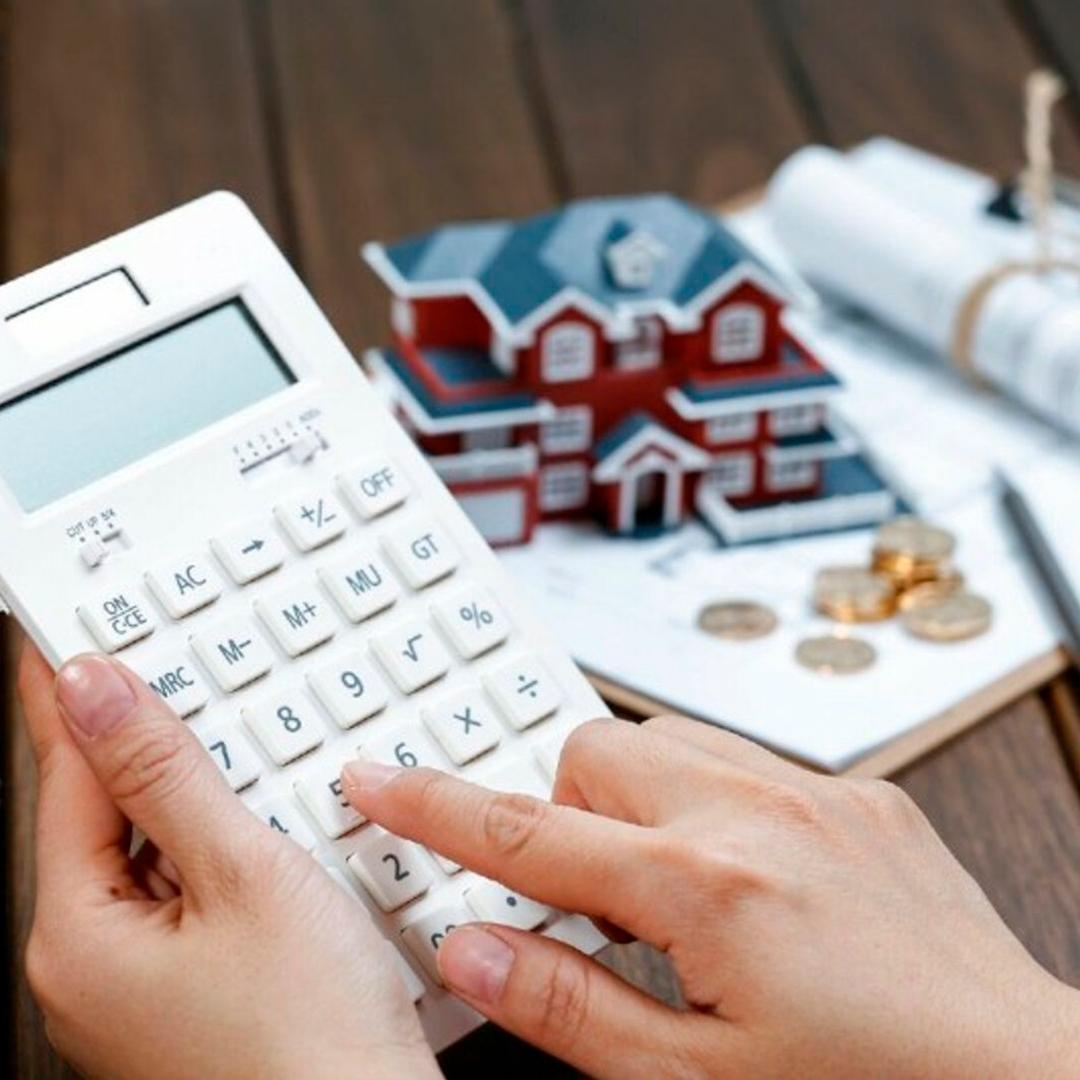 What factors influence the cost of a solar panel system?

We tell you what are those factors that can influence the cost of your solar panel system and the projection of its costs in the future. 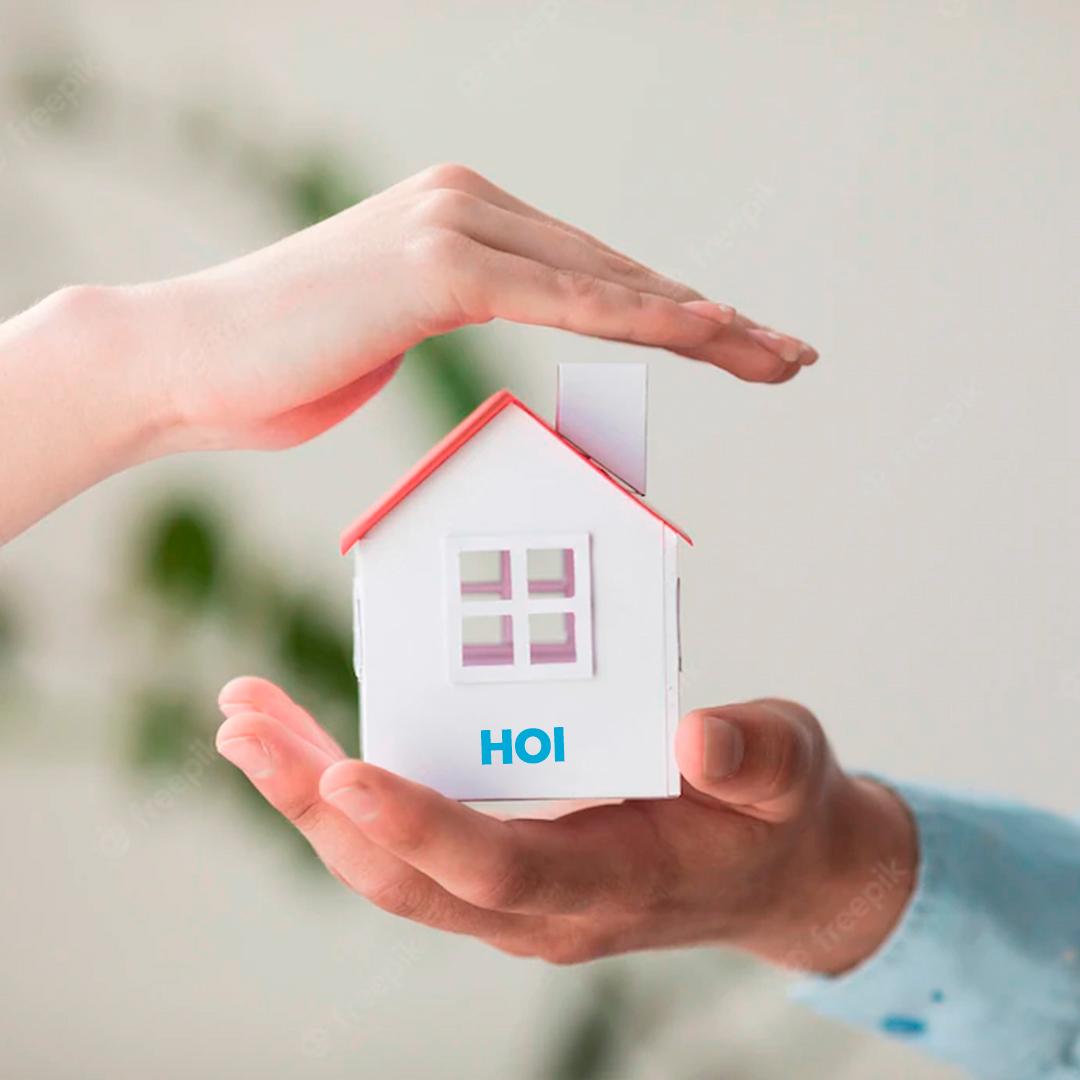 Do you know what HOI Insurance is?

We tell you why HOI insurance is so important when installing your solar panels. 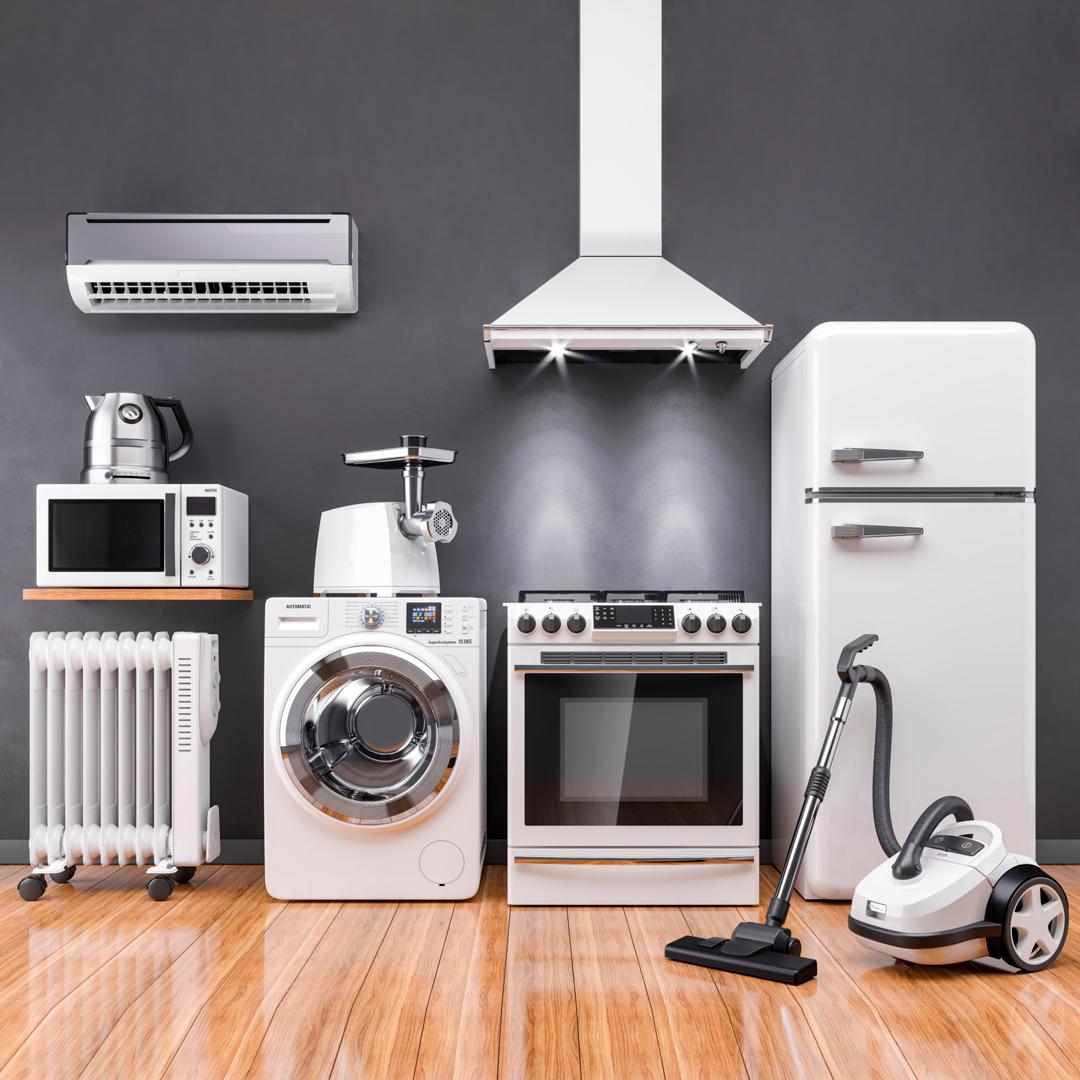 Can solar panels be hazardous to my appliances?

If you want to know if this myth that solar panels can damage your appliances is true or false, we invite you to continue reading. 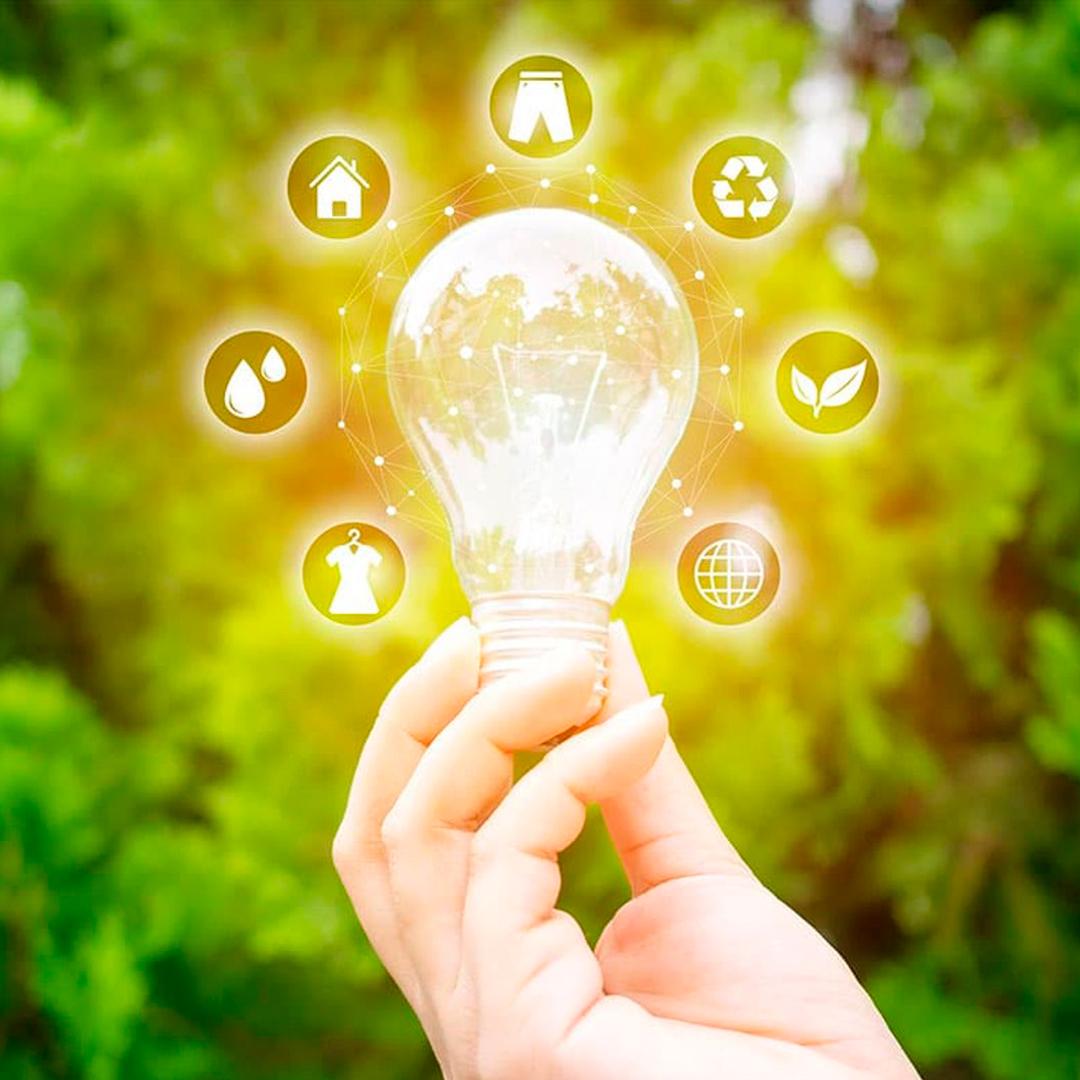 Facts you didn't know about solar energy and solar panels.

Learn everything you didn't know about solar energy and how we can take advantage of it. 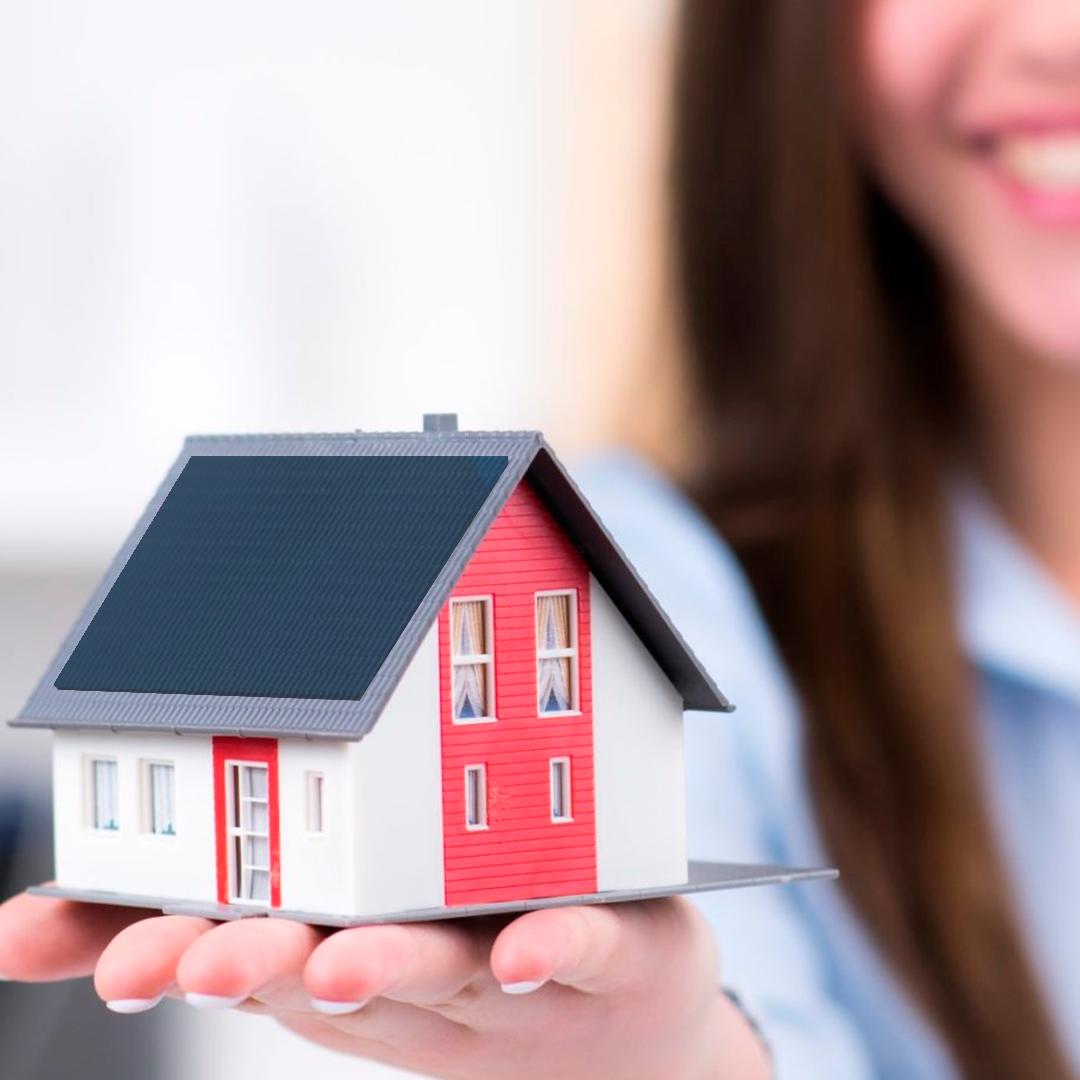 We tell you the advantages and disadvantages of leasing solar panels. 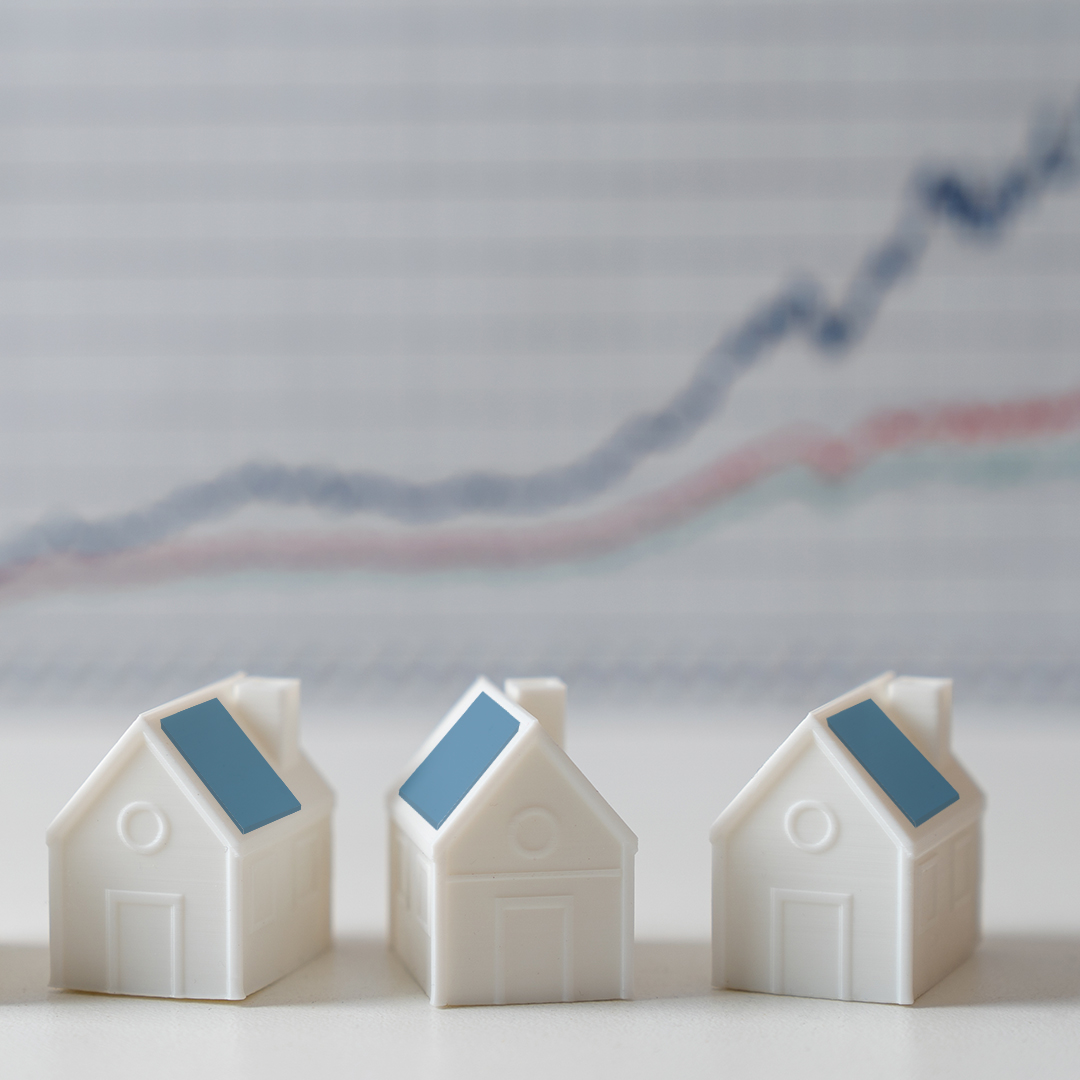 Why are solar panels going up in price? 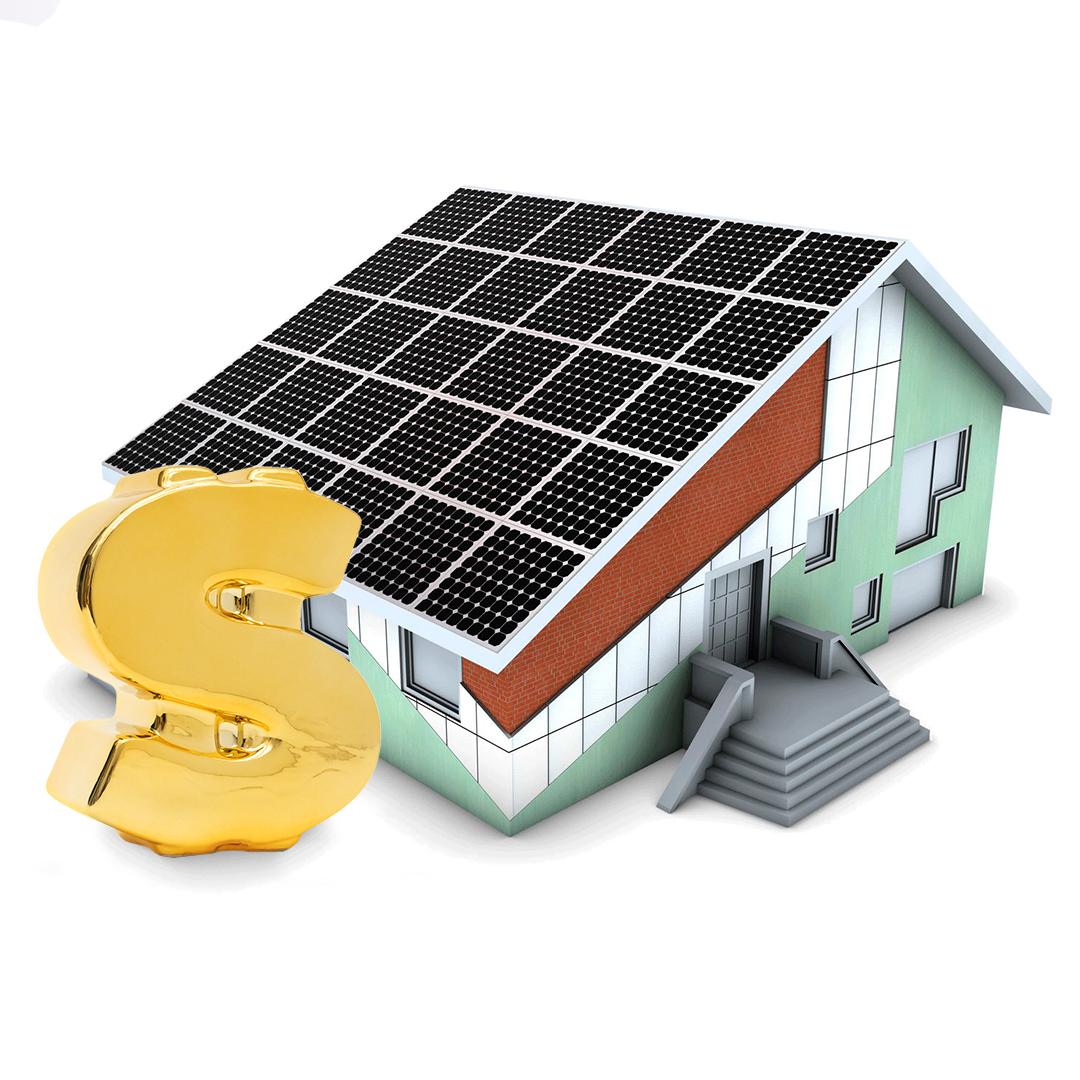 Learn what aspects define the value of solar panels. 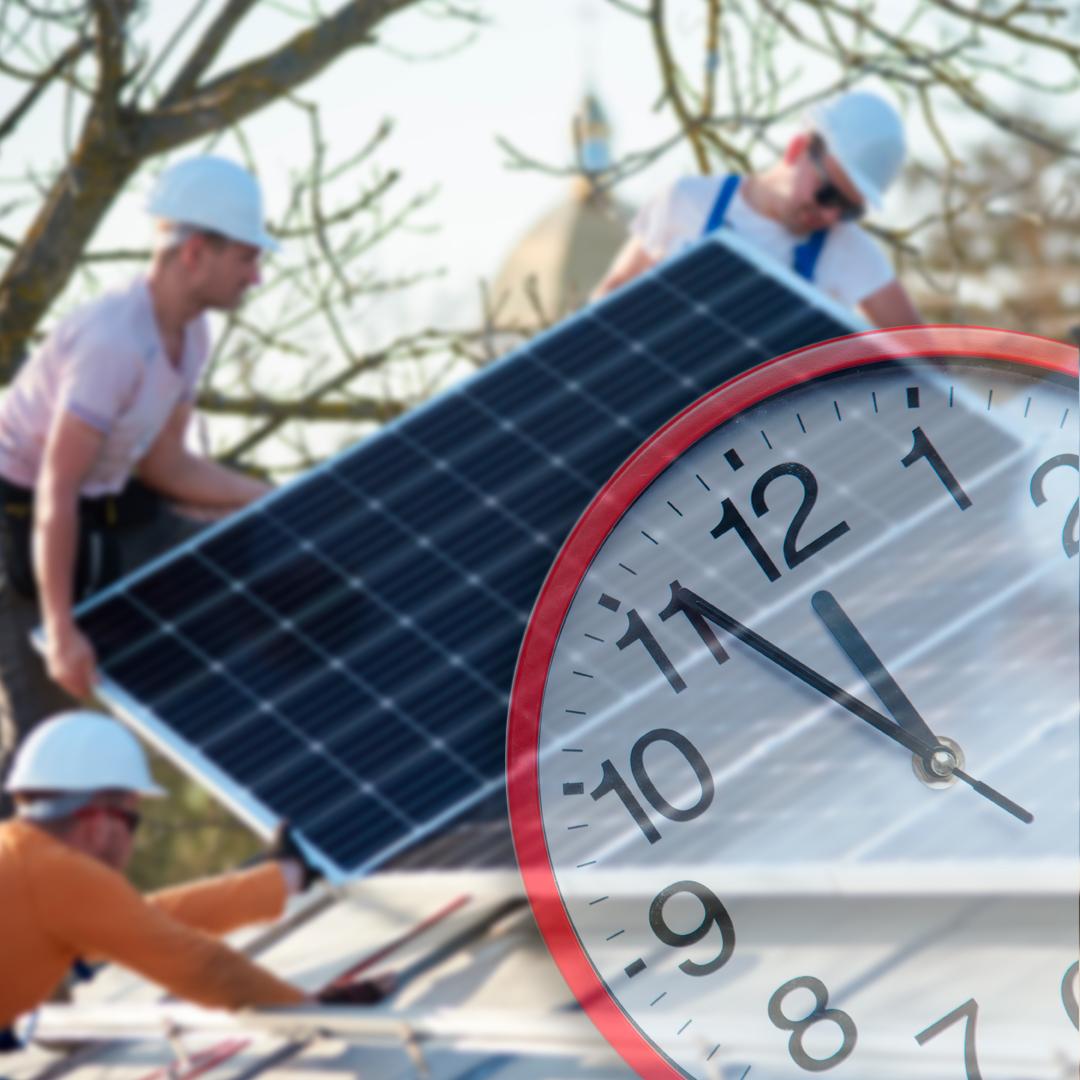 How long does it take to install solar panels?

We tell you which factors influence the installation time of your solar panels. 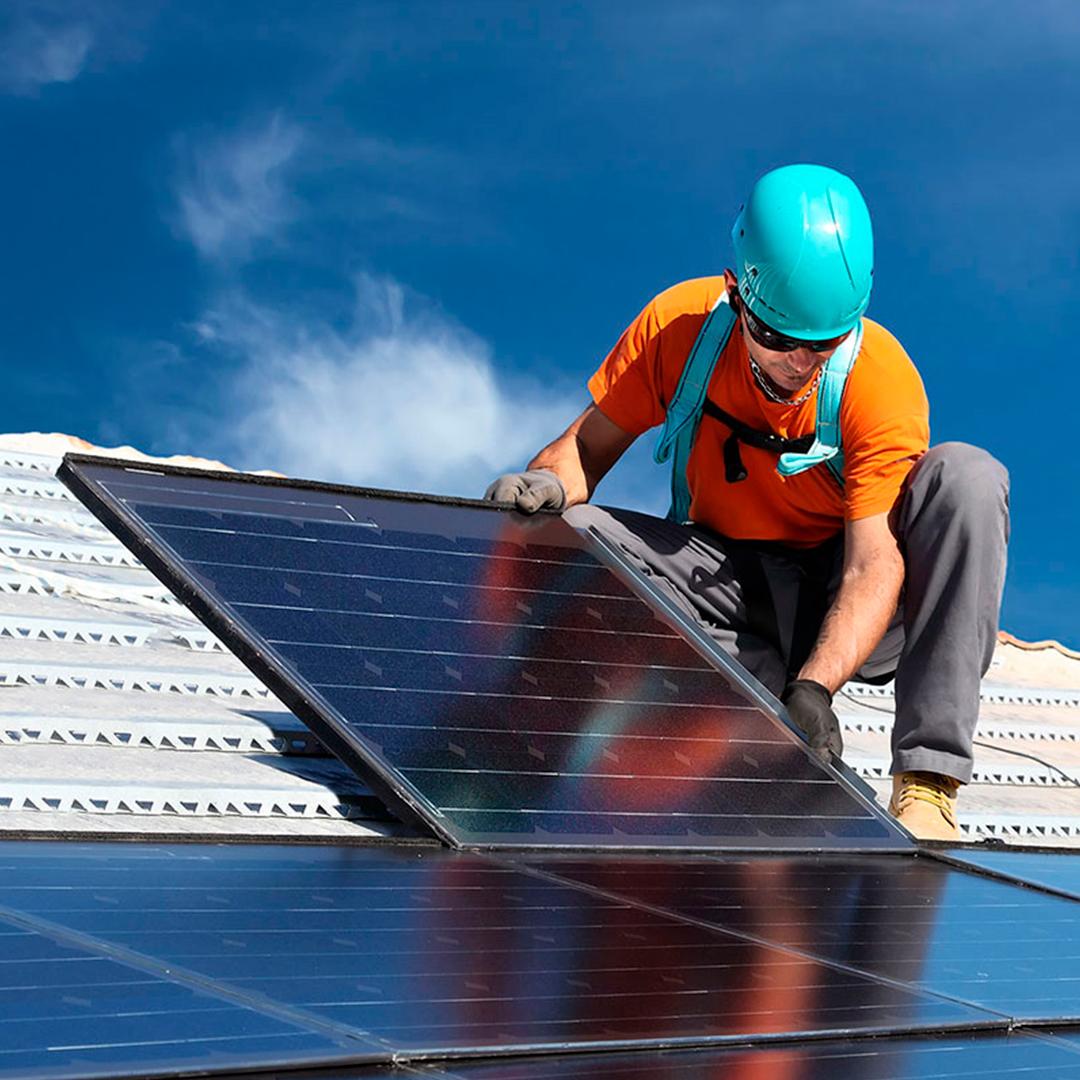 Will my solar panels last a lifetime?

Learn everything you need to know about your solar panels and their lifespan so you can make the best decision for your energy change.

Continue reading
Manage cookie consent
To provide the best experiences, we use technologies such as cookies to store and/or access information on your device. Consenting to these technologies will allow us to process data such as browsing behaviour or unique identifiers on this site. Not consenting, or withdrawing consent, may negatively affect certain features and functions.
Manage options Manage services Manage suppliers Read more about these purposes
See preferences
{title} {title} {title}